We are approaching the release of the pre-beta test for Pathfinder: Wrath of the Righteous. In the alpha, we had 2,762 participants and received a lot of reports (around 7000!) and feedback, which was reviewed and put into the action plan.

We want to say “Thank you” to everyone, who participated in the Alpha Test. With your help Pathfinder: Wrath of the Righteous will reach new heights.

What was the focus?

With the Alpha Test, we wanted to see how the game feels and get an opinion on some of the new features.
With a mythic-focused story, we needed to learn how compelling mythics are and how people like them. Every Mythic should be interesting and useful.

Another important topic was the addition of the rotating camera, and changes that were made to the design of the levels, and how it affected the gameplay.

We were also curious about the overall atmosphere and feeling of the game. Wrath of the Righteous is a dark adventure path and it was crucial that we would convey the atmosphere just right.

It was also curious to receive feedback about the first iteration of Armies in Crusade. While the mechanic wasn’t finished, the suggestions and ideas we have received from players resembled some of our own. It is clear to us that we are going in the right direction.

But there were a lot of other questions that we were seeking answers for...

How did it go?

Thanks to our awesome admin and moderator team who helped us immensely—assisting fellow players and giving alpha roles on the discord server.

It went great. There were awesome discussions on the forum and discord, which we kept track of and summarized to review later. It was enchanting to see discussions about companions, classes, mythics, and mechanics. Your infectious enthusiasm was really motivating for us.

It was interesting to learn what difficulties our testers played on.

During the test, we held two polls with more than 100 questions overall. At the same time, we were gathering feedback on the forum and discord. Later all that information was combined into the table with 134 cases to discuss. In order to plan future actions, team leads gathered in voice chat to discuss all those cases. They were joined by team members - some wanted to participate in the discussion and share their point of view, others wanted to listen. It is important for us that everyone can share their opinion openly and participate in discussions.

It took two days to talk over all the cases and plan our strategy. Around 100 tasks were created to work on those ideas, suggestions, and issues.

We also had a similar update about Pathfinder: Kingmaker which you can check out here.

You can find all the future steps and changes we will make in this table. Below we will talk about some of them in detail.

We will start with cutscenes. Ready? Take a deep breath. We will make cutscenes skippable. But only if you’ve already seen them. You will also be able to skip speech bubbles by clicking your mouse button. And even more—now you will get an autosave after a cutscene before the battle. So you won’t have to skip/click through it again.

Another thing on the list is improving the appeal of the mythics and notifying when you made your first steps in them. We found out that some openings weren’t apparent. To fix this and clearly communicate what mythics you have found, we decided to add a separate page to the mythic interface. And there will also be improvements to the mythic presentations so you will see what it can bring to the table. 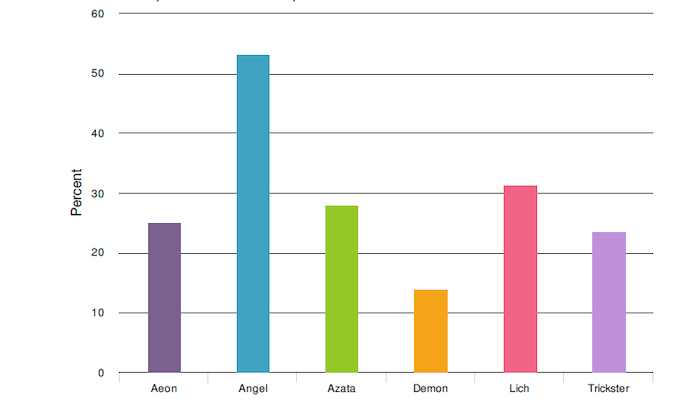 With what mythic paths have you finished the alpha?

Next on our list is the camera. In Pathfinder: Kingmaker camera was static, so there were no issues related to positioning and pivoting it, while in Pathfinder: Wrath of the Righteous you will be able to rotate the camera. We had plans to add a button to return a camera into its default position. After discussing the feedback we decided to add sensitivity sliders, so you can set up the rotation speed of your camera. We are also planning to add a compass — which was one of the most requested features — to make it easier to navigate levels and local maps.

We also received feedback that encounters felt repetitive. The Adventure Path is all about fighting demons and cultists. We came up with a solution, which will allow us to expand a variety of mobs while keeping the integrity of the story. But we might keep it a secret for some time.
This also applies to Random Encounters, which we are checking and tuning, so they will become more interesting and less annoying,

Last but not least is the improvement of the tutorial. While we are working on the new and enhanced tutorial at the start of the game, some people raised concerns that it will be really hard for new players to choose a class and understand how it all works (especially with the number of classes and archetypes in the Pathfinder: Wrath of the Righteous). This is why we decided to add an additional tutorial for character creation.

There are many more changes, but we can’t list all of them—it will take a lot of space and time. We are working on a peculiar infographic about the alpha test with some fun and interesting information which we will share tomorrow.

We want to express our gratitude to Alpha Testers for their support and feedback. It will help us to make Pathfinder: Wrath of the Righteous even better!

The next phase of testing — Pre-Beta — will launch closer to September and we are excited for your feedback! Especially on the changes that were made based on your feedback and made it into Pre-beta.

Pre-beta will be available for people with Alpha Access.