Alpha stage 2 is finished! What's up?

A month has passed since the end of Stage 2 of the Alpha Test. We have analyzed all the feedback and assigned tasks based on it. A lot of the feedback corresponded to what we were going to do based on our experience. Now it is time to prepare for the Beta Test, which (we hope) will launch in January 2021. There will be a lot of changes compared to Alpha - more content, improved Crusade mechanics, additional chapter, functioning archetypes, and many more.

This update isn’t about Beta, but what we will change based on the feedback from Stage 2 Alpha players. Though we won’t miss another chance to tell you that there is now an option to upgrade your tier to include Beta Access! More players = more feedback = better game.

There is one valuable asset that was definitely overpriced for what he could offer. More than that - his personal quest was confusing and not engaging enough. We are talking about Greybor.

For what he could offer he cost a tad too much and was, mechanically, a worser choice than a mercenary. This issue has an easy fix - just cut his cost by half and now he is a fair-priced mercenary (if there is such a thing).

Another problem was his personal quests. There were some inconsistencies in his quest, some confusing descriptions. Overall, it caused a lot of frustration. At the moment we are reworking and tweaking it, so it will be an interesting and exciting adventure.

We aim to make Greybor a valuable asset for your party as he presents himself to you. 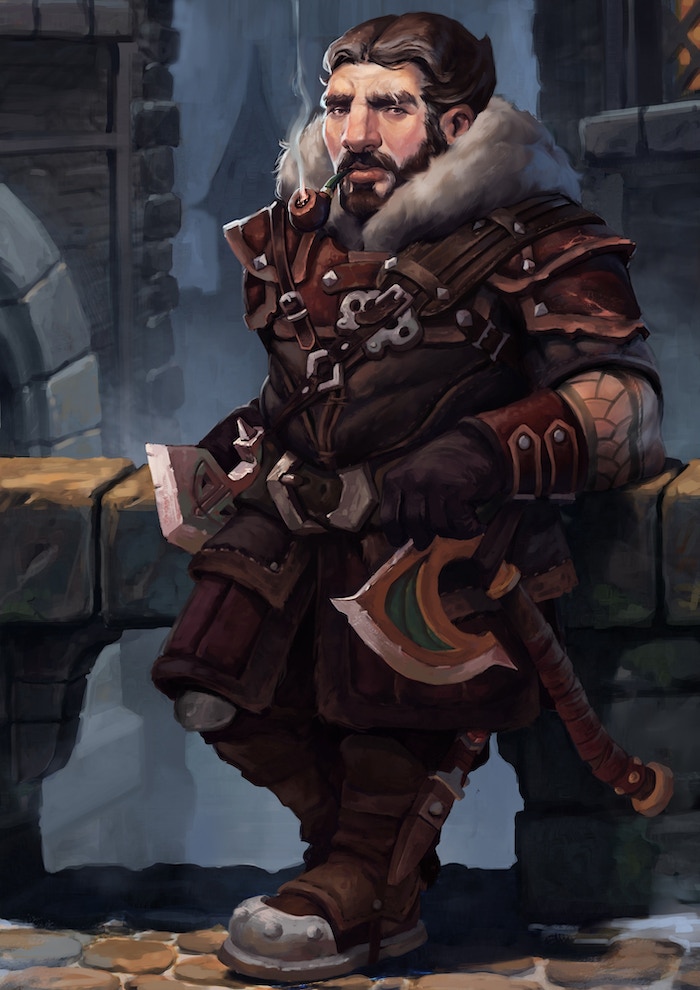 The Crusade Marches On

As we continue to improve crusade, there still might be some controversial design choices (especially considering that it still isn’t finished). And the current iteration of Crusade will be entirely reworked, because it had several of those choices. Overall, there is a lot of room to improve it and we already have plans on how to do it. So here is the list of what issues you won’t face in beta.

There were some missing parts - it didn’t intertwine with the story and the companions, there was no tutorial for tactical combat and crusade, units were simple. All those things are in the work and we hope to present them in beta.

Another addition will be two QOL improvements. One will affect army movements on a global map - the player will be able to click one time and order his army to march to the desired destination. Another is related to the loading screens in crusade - we are looking for the ways to optimize them and to cut the unnecessary ones (if there are any). We will also add an option to split existing units. And, as icing on the cake, there will be an option to change the speed of the tactical combat.

We also had reports that battles in tactical combat are too long, so we will gather additional data during the beta test to see if we get the desired time in tactical battles. 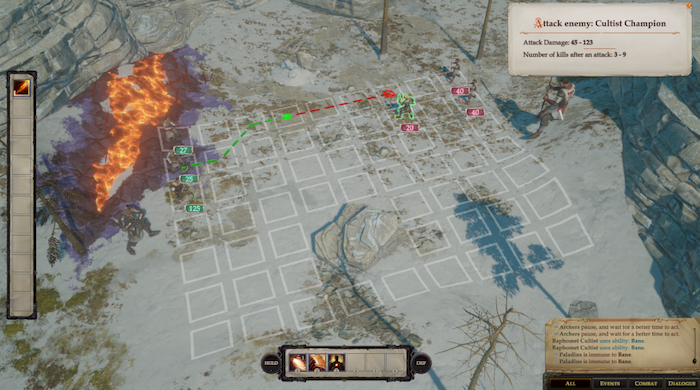 One of the important additions in Stage 2 of the Alpha Test was context tutorial. With it came part of the hints to help new players familiarize themselves with the game. And we had a lot of suggestions to add to the hints. A lot of them are already in the works.

Overall there was a demand for more hints about mythics and armies, more information about unique class abilities and different types of attacks, and on optimal build choices.

We are also planning on deepening the tutorial settings, so you can adjust them to your taste.

Based on other suggestions we will add a highlight on the screen what the tutorial refers to. With a planned addition of glossary and hyperlinks, you will get all the information you need about different status effects, game mechanics and other important aspects of the game. All those changes will help new players to better understand the system and learn how to master it.

We had some interesting stats to share with you from the Second Stage of the Alpha Test.

And only 4.3% of players haven’t finished the Prologue.

We will also share a new table with some details about the tasks that were created following the discussion. You can find it here.

We want to express our gratitude to our alpha players. Their feedback, discussions and overall activity helped us immensely in the work on the game. Without them, we wouldn’t see some of the changes and improvements.

We also want to thank our discord staff who helped us a lot during the Second Stage of Alpha Test. Their support, reports and moderation helped us to maintain healthy discussions and track what happened in alpha channels.

There is still a lot of work to be done before Pathfinder: Wrath of the Righteous will be finished, but we are more than halfway there! With the upcoming Beta Test there will be even more new content and information, while mechanics will be more fleshed out. We hope to see you join us on Beta - it will be one hell of an adventure!