Meet the Last Sarkorians in the new DLC!

It’s been over a year since the release of Pathfinder: Wrath of the Righteous, and we know a lot of you have now spent hundreds of hours fighting demons in the Worldwound. It may seem like all the mysteries have been solved and all the treasures found, and that this land has nothing left to surprise you with. But there’s still something we don’t know—what was Sarkoris like before the disaster turned it into a haunted wasteland? Our new DLC—The Last Sarkorians—will allow you to peer into the past of the fallen land, and give you the power to shape the future of its people!

Meet Ulbrig Olesk, a strange man with the unique ability to transform into a majestic griffon, who remembers Sarkoris as it was before Areelu Vorlesh opened the Worldwound. Take him into your party and experience the crusade through the eyes of the last surviving tribal chieftain of old Sarkoris. Here’s a sneak preview of the new areas you will get to visit:

Explore new places, unravel the mystery of your new companion, and, perhaps, win his heart?

And if you like Ulbrig’s abilities, you can select the new Shifter class for yourself as well! Choose from one of six available archetypes, fight as a humanoid armed with sharp claws, or transform into a mighty beast—or both! The choice is yours. We’ve also added a number of new spells to make shifting more fun for you.

The Last Sarkorians DLC will be available on March 7, 2023. But you can wishlist and preorder it right now in Steam, GOG, and Epic Games Store.

Or, if you already have Season Pass 2, it will unlock automatically on release day. 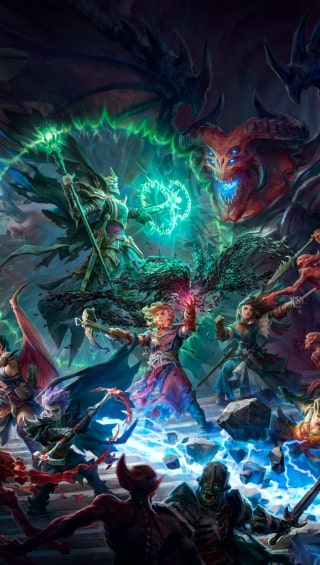